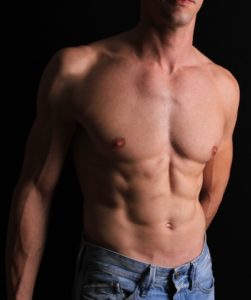 Over the last decade, there has been a drastic shift of growing enthusiasm when it comes to plastic surgery obtained by men, both in the U.S. and around the world. More and more men wish to improve the aesthetics of their body and maintain a ruggedly youthful appearance. Men are working longer and people quite naturally want to look as young as they feel. A great deal of Dr. Kotis’s patients are in fact men, who are saying after their treatments, “I did it for myself. I just didn’t like the way I looked.”

It’s a familiar theme among male patients of Dr. Kotis. Most men are modest by nature, and addressing these types of issues can make them feel like there’s an element of vanity involved. But a certain amount of vanity is good, because as men in today’s day and age, more than ever we need to take care of ourselves.

Gynecomastia and other surgeries may also be growing in popularity among men, thanks to the ever-present “selfie.” Selfies may have something to do with male plastic surgery growth accelerating because now one’s social media feed is awash in pictures that make male patients say to themselves, ‘I look older than I feel.’

While women still comprise about 90 percent of all cosmetic surgery patients, the number of men undergoing treatments is increasing at a faster rate as times have changed, according to the American Society for Aesthetic Plastic Surgery.

As men, we are aging but we are staying in shape and exercising and working out more. Which means that from the neck down, we could be in our 30s or 40s and it is only natural to want your face to match. Whatever the reason, the number of middle-aged and older men signing up for plastic surgery permanently. With Dr. Kotis, even at age 55, he has helped some male patients who report back that they feel like they are in their 20s again now when they pass by a mirror.

The fact is that in our modern era there’s a real economic need to work longer, and it’s no longer expected that you can retire at 55 and fish and travel the world. Men need to watch their youthful appearance so they can stay competitive in the workforce. As a man you need to look as good as you feel, which is the main reason cosmetic surgery is increasing in popularity among males.

But oftentimes, Dr. Kotis has found that the more profound effect is what comes internally. When men feel better, they’re more self-confident, and they start taking better care of themselves and start succeeding more in life.

Many men who feel good about all parts of their life, from their marriage to their health to their appearance, or to their business or career, know that it’s all part of the puzzle. And your appearance is an important piece of that puzzle, and by no means is it mere vanity. Unless one believes that succeeding in life is mere vanity, it’s important to address aesthetics, because if you have one part of the puzzle that you’re not satisfied with, it weighs down your overall chances for success.

For today’s man, if you are unhappy with your appearance, then the question you need to be asking yourself is, “Why not be my best at everything?”

If you’re a man who wants to be the best at everything, including how you look, then contact us today to set up your complimentary consultation with Dr. Kotis. Body image dissatisfaction is a growing concern among men, and there are important reasons why men too are getting in on body contouring trends in rapidly increasing numbers. What the statistics show is how quickly the popularity of plastic surgery among men is rising, so maybe it’s time that you took a look at plastic surgery and aesthetic treatments for men.

If you’re unhappy with the change in your breasts, schedule a consultation with our board-certified plastic surgeon to learn if a breast lift is right for you. Residents of Chicago, Arlington and the surrounding Illinois communities can contact our office today to learn more about Dr. Kotis’s professional, compassionate approach to this procedure.