How Reality TV is Shaping Our Thoughts on Plastic Surgery 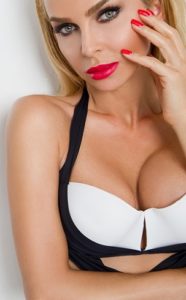 The academic journal, Plastic and Reconstructive Surgery, reported the first known data on how reality television affects plastic surgery patients. More than half of the patients said they watched at least one such program regularly, and most admitted that the shows had played a significant role in their decision to get treatment.

However, before anyone gets too alarmed, if these makeover shows are pushing people into the operating room, it’s not in huge numbers. Doctors performed an estimated 1.8 million cosmetic surgical procedures the year of the study, according to the American Society of Plastic Surgeons, and that’s up only about two percent from three years earlier. Furthermore, statistics from trade groups like the American Society of Aesthetic Plastic Surgeons (ASAPS) even show a decrease in surgical procedures.

While this kind of programming may not be increasing the number of cosmetic surgeries overall, it does seem to be a factor among those who are opting for body contouring procedures like liposuction, breast enhancement procedures like breast augmentation, and facial surgery such as rhinoplasty—which are among the most popular surgeries. According to the study, 79 percent of the 42 patients examined said: “television/media influenced their decision to pursue a cosmetic surgery procedure.” Only 12 percent of patients seeking plastic surgery said they’d never seen a reality show about it.

Dr. Kotis believes that these reality shows are just one more thing adding to that shift in zeitgeist, a very commendable drive to be your best, which could explain the reality shows’ popularity. There’s no doubt that many Americans feel more pressure to look perfect, as there’s certainly an emphasis on youth and self-improvement in our culture. Plastic surgery is just one more option to achieve that with more procedures to select from than ever before, including relatively low-risk and low-impact procedures, such as laser skin resurfacing or dermal injectible fillers.

Dr. Kotis has been noticing a positive trend, patients that come into the office don’t want to look ‘different’—they just want to look better. Today, patients have more access to information about plastic surgery, helping them to become educated on specific procedures they are considering. Dr. Kotis believes the more information patients have, the less foreign and more acceptable the concept seems.

Used as educational tools, when reality TV viewers see an operation, and there’s a discussion with a patient and their family beforehand that can be a good thing. But regrettably, some reality shows don’t even really focus on the surgery or the patients, but on the personal aspects of the surgeons’ lives, although of course entertainment is why they’re on the air in the first place!

However, if the shows sacrifice realism in the name of fun, that can be dangerous, as some patients may develop skewed ideas and unrealistic expectation, assuming that surgery alone will change their lives completely for the better. The shows may also suggest to viewers that plastic surgery can be had on demand, but these shows don’t illustrate the process that good, ethical, board-certified plastic surgeons like Dr. Kotis go through to qualify patients for a surgical procedure. Just because somebody wants something done that they saw on TV, doesn’t mean they should or can have it.

Are these shows just harmless entertainment? Or are they bad medicine? The bottom line is, the decision to have plastic surgery should be made together by a patient and a skilled doctor. Take the time to schedule your consultation with Dr. Kotis today!

If you’re unhappy with the change in your breasts, schedule a consultation with our board-certified plastic surgeon to learn if a breast lift is right for you. Residents of Chicago, Arlington and the surrounding Illinois communities can contact our office today to learn more about Dr. Kotis’s professional, compassionate approach to this procedure.